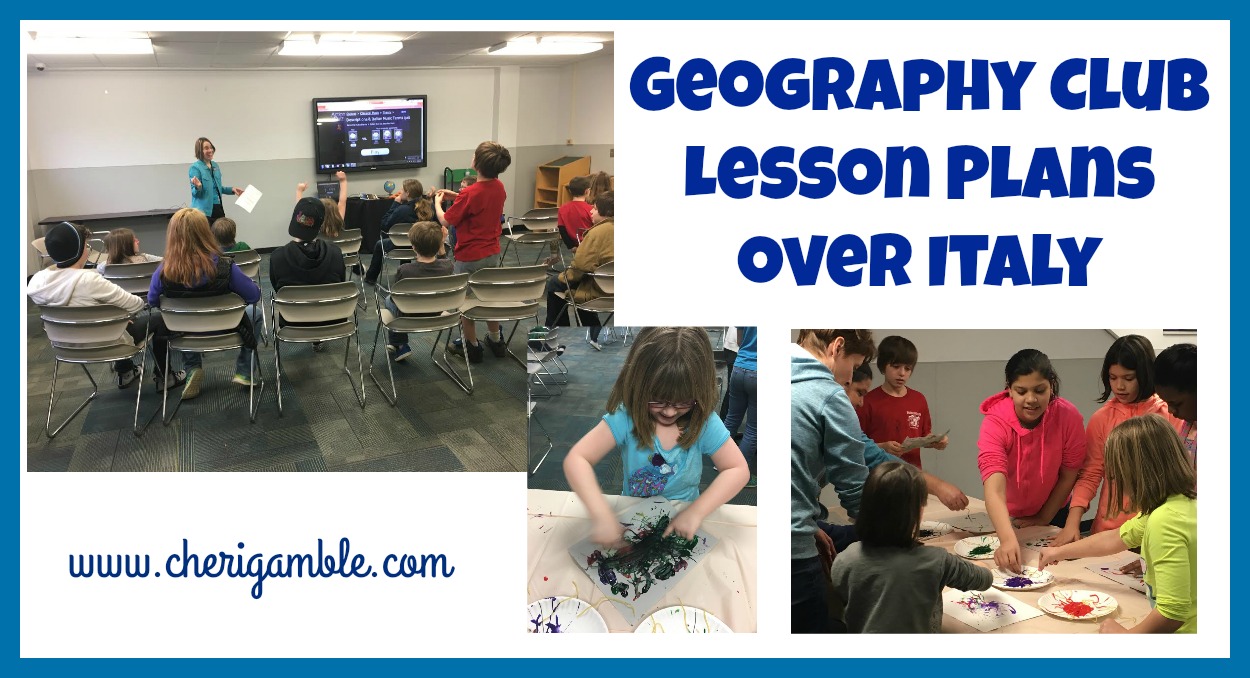 In February, we were in the country of Italy! Here are the plans I used for our Geography Club this month.

Play Italian Music as kids enter and again as they do their craft. Use the video here:

Welcome to Geo Treckers! Ciao! This month we are in the country of Italy.

Myth of Romulus and Remus — Italy was founded on April 21, 753BC by two brothers named Romulus and Remus. Legend says they were raised in a cave by a she wolf. Because of this myth the Italian wolf is Italy’s unofficial national animal

The 1st emperor of Rome was Augustus Caesar who started ruling in 27BC.  His real name was Octavian.

The Renaissance was a time when great artists, painters, architects, scientists, mathematicians and thinkers had many ideas and new creations. It began in Italy. Some of the people you may have heard of during this time are Leonardo da Vinci, Michelangelo, Raphael, Galileo Galilei, Alessandro Volta, Fibonacci and Donatello.

Italy is known for buildings and building techniques.  They’ve built the Colosseum, Pantheon and the Leaning Tower of Pisa.  (show pictures of each one)

The official language of Italy is Italian.

Italians are well known for their super fast and super cool cars — the Ferrari, Lamborghini, Alfa  Romeo and Maserati. (show pictures of each one)

Sicily is famous for being the home of the Mafia.

They hold the Guinness record for having the most elevators.

When the first McDonalds opened in Rome, people stood outside and gave away free pasta to remind people about their food heritage.

Vatican City (where the Roman Catholic Church and Pope are) is its own nation inside of Italy. It is the own nation in the world that can lock its own gates at night. It has its own phone company, radio, T.V. stations, money, stamps, and army.

Read “Look What Came From Italy” by Miles Harvey

One player is the “lupo” (“wolf”), and stands with his back to the others, who form a line at a distance from him. The players call out “Wolf, what time is it?”, and the wolf answers with a number. The players can then take that many steps toward him, and ask again. If, instead of a number, the wolf responds with “Ho fame!” (“I’m hungry!”), he can turn around and try to tag as many of the children as he can before they make it safely back to the starting line.

Italians invented both the guitar and the piano. They also came up with a way of putting music down on paper that is still used today all over the world.  Musical terms are also Italian!  Does anyone here play a musical instrument? How well do you think you know your musical terms?

Okay, so maybe we need to work on our Italian musical terms!

This game requires a minimum of 3 players, although groups of 11 are ideal. One player is chosen as the “strega”, who calls out a color. The others must touch an object of that color, whether it be an article of clothing or something in the surrounding environment, before the strega can catch them. The first child tagged becomes the next strega.

Painting with spaghetti — Cook spaghetti beforehand.  Then place individual strings of spaghetti on a plate with one color of paint per plate.  The kids use the spaghetti strands to paint a picture.  My kids had a lot of fun with this — but it was very messy, so be prepared!!! 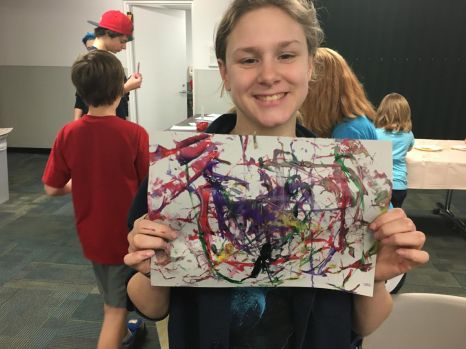 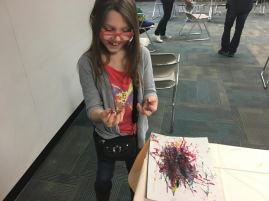 Try to construct your own Leaning Tower of Pisa

Study opera. Make your own puppet show of a famous opera.

Make a collage using many different types of pasta.

Use items you have around your house to make a gondola. Will it float?

Write your own song.

Make your own map of Italy.

Study volcanoes and the ancient city of Pompeii.  Make your own volcano. Use baking soda and vinegar to make it explode!

Study famous Italian artists and the Renaissance. Try your hand at creating an artistic masterpiece!

Study Italian cars! Try to make your own Italian car out of legos or some other medium.

Participate in an Italian language lesson.  Choose an Italian word and illustrate it.

Study Galileo.  Make your own model of the solar system.

Here is another site with great activities for kids:  http://countries.mrdonn.org/italy.html